Exeter has a wide range of architecture, reflecting a vast history spanning thousands of years.  From Roman times to modern-day, there is likely to be a building or open space to suit most types of filming requirements.  The city has easy access to filming opportunities including a wide variety of locations including the popular historic quayside and canal basin.

Filming is encouraged in the city as it benefits the economy in a number of ways and helps to raise the profile of the city nationally and globally. 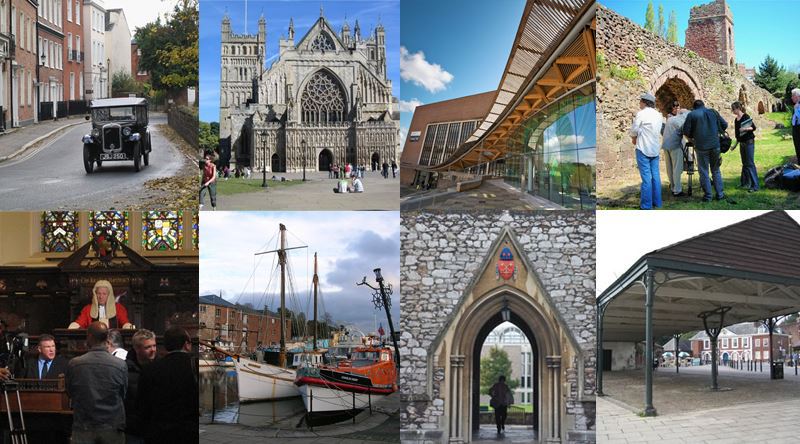 If you provide facilities or services likely to be of interest to film production companies, you can register your services free of charge on the Creative England website.

Filming in any location brings two types of benefit. The first is the result of the film production company's spend during their stay and the second is the result of the knock-on tourism spend by people who choose to visit places that they saw on the big screen or television.

As part of their national film office service, Creative England manages a database of over 10,000 filming locations across England.