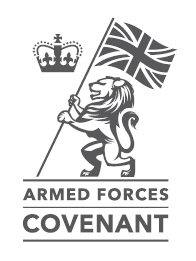 The Armed Forces Covenant is a promise from the nation. This ensures that those who serve or who have served in the Armed Forces, and their families, are treated fairly.

We are indebted to the Armed Forces, not only for their unwavering service to protect our country and its citizens, but also for their close connection to our city. Six Armed Forces Regiments hold the Freedom of this city and three of those are based in very close to the city. This covenant recognises that life in the military differs greatly from civilian life. It marks a voluntary commitment between the civilian and Armed Forces communities in Exeter, ensuring that members of the military community have fair treatment.