Bin collections for the Jubilee bank holiday are different to those previously published. Please see our Jubilee weekend collection page to familiarise yourself with the revised catch up dates. 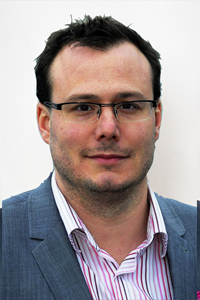 Jon-Paul’s academic background is in Politics with a BSc (Econ) from the Swansea University where he was given honorary life membership of the Students’ Union.

As a NCE and NCTJ qualified senior journalist he worked for 15 years in regional media before originally joining local government as Director of Communications and Marketing.

As a member of the Senior Management Board, Jon-Paul’s current remit includes responsibility for Culture, Tourism and Leisure.

Services include Visit Exeter, Conference Exeter, RAMM, The Underground Passages, The Matford Centre and Corn Exchange. He is also responsible from bringing leisure services in the city in house and the running of the Exeter Leisure estate including Arena, Isca, Northbrook, Riverside and St Sidwell’s Point.

He is a former founding board member of InExeter (Exeter BID) and current Director of Exeter Science Park, having served as Alternative Director for the Devon tri-council IT service Strata.

He is former chair of UNESCO City of Literature and a long standing trustee of homeless charity Friends of Factory Row.

Jon-Paul is a former Editor of Trinity Mirror’s Express and Echo where he led the title’s transformation agenda having worked for both Northcliffe and Local World.

He is responsible for Exeter Live Better and co-designing a place based narrative for the city. He is also responsible for communications and marketing across Exeter City Council.

Jon-Paul lives in Exeter with his wife and children and enjoys writing in his ‘spare time’ as a columnist for Exeter Living.